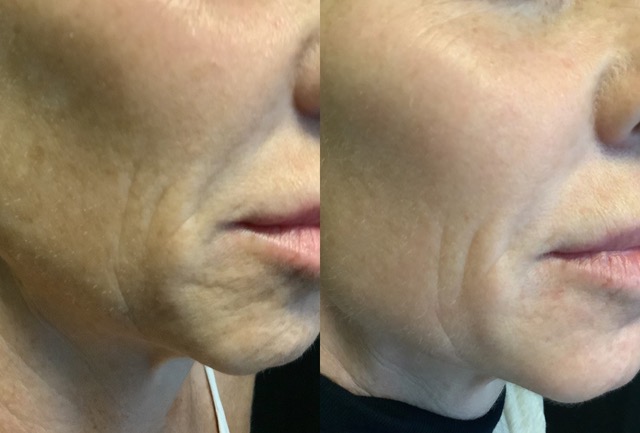 As we age, our skin is constantly renewing itself. The older we get, the more our skin loses its 'auto-repair' ability. Thus, facial wrinkles and other skin irregularities like large pores and acne scars become more visible.

A laser resurfacing treatment can alleviate those conditions, either by removing the old layers of skin - using the ablative laser - or creating minor injuries in-depth without removing the surface and stimulating the body to build up new skin layers - by the action of the non-ablative laser.

But here comes a question - which method of laser skin resurfacing is better, what kind of technology do they use, what is the downtime, and what results should you expect from each?

Ablative laser resurfacing is a type of laser treatment used to improve the appearance of sun-damaged, aging skin. It works by penetrating the outermost layer of the skin (the epidermis), and also a portion of the second layer (the dermis).

An ablative laser skin resurfacing treatment uses carbon dioxide (CO2) or erbium:YAG (Er:YAG) technology to remove layers of damaged or dead skin cells. These lasers are usually used for the face and neck, where there is a high concentration of fine blood vessels running beneath the dermis (the layer of skin containing collagen).

The CO2 laser selectively targets water found in the dermal tissues, which gives it its ablative property.  The epidermis is completely removed as well as some of the dermal layer of the skin.

The Er:YAG laser is less commonly used but has some distinct advantages over other types of lasers. It spares more healthy tissue while removing damaged ones and provides additional collateral heat. This prompts collagen production, reduces pain associated with surgery through an analgesic effect on nerve endings, and causes less damage to surrounding blood vessels due to its infrared (IR) wavelengths.

Patients who have their face treated using lasers with an extremely high energy density - the so-called "deep" or "superficial" ablative lasers - usually receive an injection of local anesthesia containing epinephrine (adrenaline) before the procedure. However, most ablative laser treatments only require topical numbing cream, as we use here at VIVAA. The entire process can take over an hour, depending on how much area needs to be treated.

After an ablative laser resurfacing treatment, the skin may feel raw and burn slightly, but this sensation disappears after 2 or 3 days. The complexion will appear red for up to one week. Most patients receive just one session with ablative lasers; however, some people may require 2 or more sessions depending on their specific condition and age.

Possible side effects may include:

With any laser there is always a risk of hyperpigmentation/hypopigmentation and scarring. After this procedure, a crust will form on top of the treated areas, followed soon after by a scab which will generally leave no scarring when it falls off after ten to fourteen days. It takes 14 to 21 days for surface wounds such as this to heal completely.

Non-ablative lasers penetrate through the layers of skin, so they are able to reach the deeper tissues of the skin. It stimulates new collagen synthesis without damaging old collagen fibers like ablative procedures, in a relatively short time. However, because non-ablative lasers do not penetrate deeply enough to destroy any tissue, multiple treatments are required for significant effects - with at least 3 treatments scheduled 4 weeks apart.

There are two types of non-ablative lasers currently used in the United States. One type of non-ablative laser delivers light-based energy to the upper layers of the skin without removing any tissue. This type of laser can cause neocollagenesis or new collagen without epidermal ablation and loss of barrier function.  Still, it cannot tighten the existing collagen fibers that have already been stretched out due to significant sun damage or loss of elasticity due to aging/weight loss. This type of device is also used for skin rejuvenation, pigment reduction, and acne scar removal.

The latest trend in non-ablative laser skin resurfacing is fractional photothermolysis - which VIVAA specialists currently use. In this procedure, the laser delivers energy beneath the skin's surface via many microscopic columns, creating a grid-like pattern on the skin without removing any tissue from the outermost layers of the epidermis (the top layers of the skin). The goal with this type of laser is to stimulate neocollagenesis, or the production of new collagen; however, studies have shown that patients will need at least three treatments over a period of nine weeks to get the best results.

Possible side effects include:

The treatment is performed under local anesthesia by numbing the skin and applying cool air to the treated area. The skin will be pink and feel sunburned for a few days, but most people report that this fades after about seven to ten days. Improvement can be seen almost immediately after each treatment because the stratum corneum protecting the epidermis will heal within 24 hours.

Which one is the best choice?

To summarize the information presented above, ablative lasers use energy that penetrates into the surface layers of the skin, while non-ablative lasers focus on stimulating the production of collagen in order to reduce fine lines and prevent future damage.

So you might be wondering then why anyone would choose non-ablative over an ablative laser resurfacing which causes more dramatic improvements with just one treatment? Because non-ablatives offer significant improvement with no downtime or recovery.

The most obvious advantage of the non-ablative method is that no part of the epidermis (the outer layers of skin) needs to be removed, which means there will be less downtime associated with the procedure. It will also not cause any changes in pigmentation, so patients do not have to concern themselves with post-inflammatory hyperpigmentation or other skin discolorations. Additionally, since it delivers energy beneath the skin's surface, there is less risk of scarring.

The processes involved in this system are similar to ones that naturally occur in your body. For instance, when you suffer from a skin injury (like a cut), your body naturally sends cells to repair your skin by increasing collagen production, which heals your skin faster than it would have normally healed if you hadn't suffered the wound. This is also how skin heals after a pimple has been popped, and this is exactly what happens with the non-ablative procedure.

Moreover, non-ablative lasers can be used on all types of skin, especially for individuals with darker complexions, because it reduces the risk of pigmentation changes as a result of photo rejuvenation. No matter what type of skin you have as well as your age, you can receive a non-ablative laser treatment safely.

Which one is the best choice for you?

Schedule a complimentary consultation with us to learn more about which treatment is right for you!

At VIVAA, we use a non-ablative laser to improve your skin irregularities. One of our specialists will use a fractional laser over the affected area. The device is moved in several horizontal and vertical overlapping passes. The target area is cleaned before the laser is used, if necessary, topical anesthetics are used. With only some people reporting a little burning or pricking sensation, the procedure is quite painless.

Our experts will respond to your unique requirements if you have any issues or concerns during your procedure. The fractional approach minimizes post-procedure discomfort and complications. However, the skin's surface is not harmed by this treatment. Typically, the treatment takes around 45 to 60 minutes. At VIVAA we use both the non-ablative 1540 laser and the ablative 2940 laser, it just depends on the client's needs.

Now that you know how our procedure works let's talk about some things you should keep in mind before having this type of therapy. First off, if you are pregnant, trying to get pregnant, or breastfeeding, now is not the time to have a non-ablative laser treatment. There is not enough evidence showing that it's safe for pregnant women or those who are breastfeeding.

If you're a smoker, you should take a break for at least two weeks before having a session and then again after the session because smoking impacts your blood flow, making the treatment less effective.

Who should receive non-ablative laser treatments instead of ablative treatments?

Patients with sun damage, significant wrinkling, and other signs of aging may be better suited for non-ablative laser treatment. This is because the other laser resurfacing methods work by removing layers of the skin, which can result in more downtime for patients.

How long should I wait before receiving a laser resurfacing after a deep chemical peel?

We recommend you to wait at least 4 weeks after a deep chemical peel before having any type of laser treatment performed. This is because, unlike other types of chemical peels, deep peels have a stronger action, which is why the skin will need more healing time.

Can laser resurfacing be performed on dark skin?

Those with darker skin tones can still have laser resurfacing done, but it would be best to avoid traditional resurfacing lasers, like the ablative Fraxel, or the carbon dioxide (CO2) devices, because there is a risk of permanent hyperpigmentation.

Because non-ablative lasers resurface the face without removing any layers of the skin, leaving more intact tissue between the epidermis (the top layer) and dermis (the second layer), those are likely a better fit for darker skin tones. However, your doctor at VIVAA is the person best able to advise you on this. 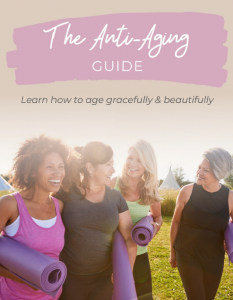